The Hybrid is RunCam's answer to the dual FPV camera system which has become more popular as of late. With RunCam quality that pilots have come to know, the Hybrid is sure to please racers and freestylers alike. The Hybrid is equipped with a 145° wide-angle Sony 4K HD sensor as well as a RunCam Racer together on one camera.

This setup saves tons of weight compared to carrying a GoPro or similar HD action camera! The singular 20mm x 20mm board saves space compared to other HD FPV camera boards and installs easily on most frames.

Get amazing HD video footage as well as 6ms low-latency video at the same time with the RunCam Hybrid. 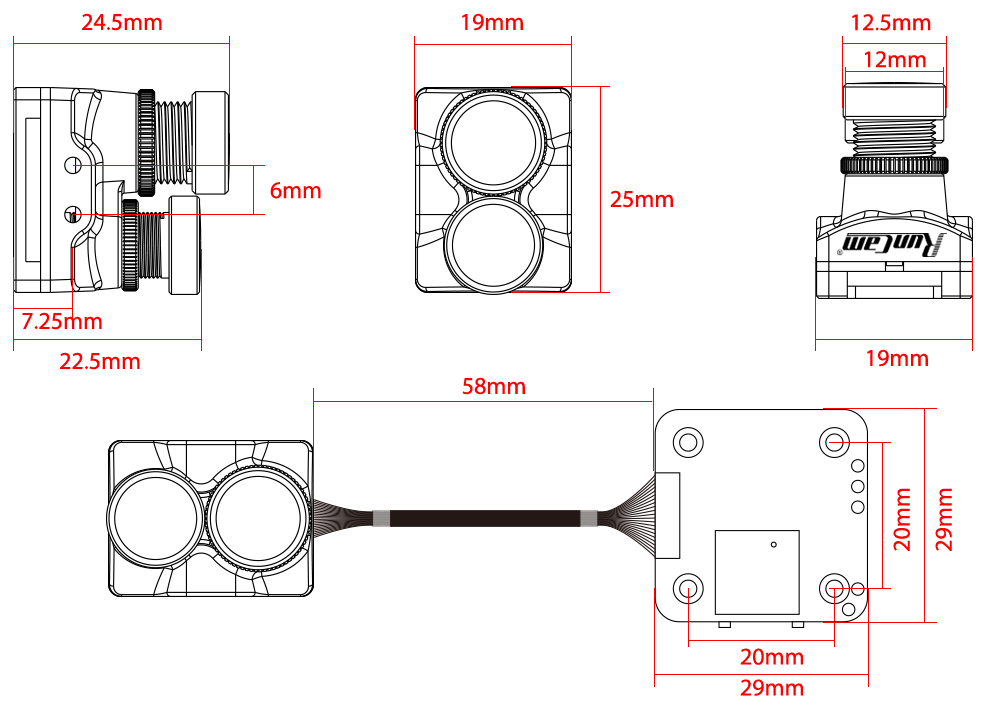